Allan who for seven years was the drummer with FOD and has stood in many times over the years has rejoined the band after the sad loss of Simon. Simon and Allan were good mates and so we are particularly pleased to welcome Allan back.

Below is a short biography of what Allan has been up to in the meantime.

He has played in concert halls, theatres and many quality venues across Europe, including the Royal Albert Hall and Royal Festival Hall in London.  During seven years with Fat Old Dad, the UKs premier sixties music fun band, Al played in support of many of the stars of the sixties, and at the Butlin’s Festival of the 60’s weekends. Al is also a member of 60s band The Honeycombs and played on its acclaimed 2016 album ‘304 Holloway Road Revisited’ “.

Simon`s Funeral is being held at Colchester Crematorium at 12.30pm on 22nd January 2018.

A tribute show to Simon`​s​ Broadcasting career was held on Colne Radio last Friday between 5pm and 7pm. Many people phoned in to speak about how much they enjoyed Simon`s broadcasting career and his Friday show. His relaxed style was very popular on the Radio Station. He had this wonderful way of sounding as if he was just talking to you when you were listening to his show.  He will be greatly missed on the airwaves. 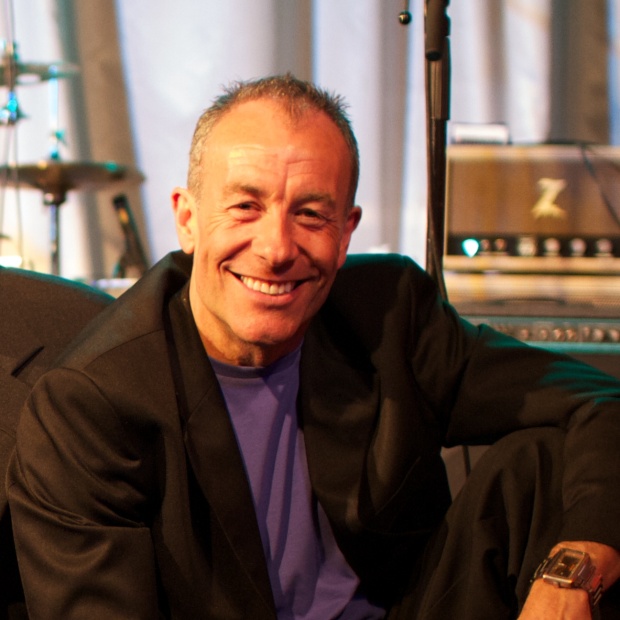 It is with great sadness that we announce the death of our Great Friend and Drummer, Simon Dove, who yesterday lost his battle with cancer. Simon had been with Fat Old Dad for over 17 years and was the guy who added that solid drumbeat and and amazing drum solos to the act. A truly talented musician who  enabled the rest of us to get on with our jobs in the front of him and never worry about the beat. Simon also helped with the some of the fun ideas in the act. Even when he was not feeling so great he insisted that the show must go on. In his last performance with us – Sixties Explosion at Witham Public Hall on 8 / 12 / 2017, he was simply amazing.   A brave man, a true friend, a family man and, a great musician – we will all miss him so much. We are proud to have known Simon and to have spent so much time playing music with him. All our thoughts at this time are with Jan, his family and friends.

Geoff and Simon on Phoenix 98 fm

Today Simon and I were interviewed by Bob at Phoenix FM where we talked about our Searchers and Hollies Experience show which we will be performing at Brentwood Theatre on Saturday 9th September 2017. It was great fun and Bob made us really welcome. We also talked about the origins of Fat Old Dad and Mike Clarke and the Dukes ukelele band contacted us whilst we were there. Our thanks to Bob and his team. To hear the interview please click on the link below

Hi, it has been a busy time for us as along with Fat Old Dad we all  work on various shows and projects. Our recent Searchers and Hollies Experience show at Braintree Arts Theatre was virtually sold out and we had a terrific night with a wonderful enthusiastic audience. It was nice to hear Phil Pattie – The Manager of the theatre – say what a great show he thought it was. We will be going back there next year with our Sixties Explosion show – date to be confirmed – and we will have a lot of new numbers in that and some more of our FOD surprises !

The Empire Show moved to another date

Martin has to go into hospital on the 24th August for an operation and so we have had to move The Searchers and Hollies Experience show to Saturday December 16th at The Empire. This was really the only date available for us and for them. We thank the theatre for all their help with this and we are sorry to all those who booked to see show but we hope we will see you all on the December date. As you will understand it was something beyond Martin`s and our control and we had to make sure that his health comes first. Good News – Martin will be back performing in a couple of weeks.

Because we are moving The Searchers and Hollies Experience show to Halstead our Christmas Show this year will be at The Regal Theatre Stowmarket. This is a lovely theatre where we have put on various shows over the last 5 years or so. We have lots of ideas for this and hopefully it will be our best ever !

Well that`s all in Fat Old Dad Land at the moment. We are working with the theatres for dates for shows next year so please check the Upcoming Events section from time to time.

Fat Old Dad greetings to you all,

We have added four new theatre shows to this years programme. After a very enjoyable and successful `Searchers and Hollies Experience` show at Witham Public Hall on March 10th the theatre invited us to go back in December with our `Sixties Explosion` show on Saturday December 8th. 2017 ( You can see what the audience said about S & H Experience as they left the theatre on our Searchers and Hollies Experience Facebook page ).

Halstead Empire – We have been invited to perform The Searchers and Hollies Experience at The Empire Theatre, Halstead on Saturday August 26th and we will be going back to the Empire on December 16th 2017 with our Christmas Special which will be a complete new show.

We have also been invited to return to The Regal Theatre, Stowmarket on Friday December 1st 2017 with our Christmas Special, which, we have not performed there before. We have performed S & H Experience and Sixties Explosion before and the audiences have been great so it should be a lot of fun.

The Seagull Theatre, Lowestoft – We are looking forward to performing at this lovely little theatre in Lowestoft in the holiday Season. We have two dates in 2017 – Saturday August 19th for Sixties Explosion and Saturday September with The S & H Experience. Hopefully we will meet up with our Norfolk / Suffolk fans at this very welcoming theatre.

There are many other things in the pipeline and I will keep you all informed on this page with any further news.

Hope to see you somewhere soon.

Martin and I had a very enjoyable Sunday morning recently when we appeared on The Dave Heaney Show on Leisure F M Radio. Dave interviewed us for an hour and it was great fun. He played some songs from our album `Right Here, Right Now` and other tracks from the 60`s and 70`s. We also spoke about our Searchers & Hollies Experience shows  and our Sixties Explosion shows that are coming up in 2017 ( please see the gig guide for dates )  You can listen to the interview by going to the connection on our facebook page:- https://www.facebook.com/Fatolddad/

Below are pictures of Martin and myself in the Leisure FM Studio.